The district of Anand gets its revenues through food and agricultural products, with milk collection that spikes up to 6-5 millions on an annual basis (as per 2006-07). And you simply cannot underestimate the livestock of Anand, of course those milk bottles do not grow on trees! 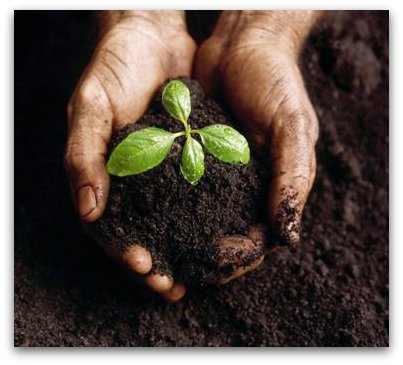 Natural Resources are a prominent factor of the prosperous industrial development of Anand. The state of Gujarat is gifted with important natural resources including minerals, marine and agriculture apart from animal stock and human resources obviously. The state government deploys various measures and mandates to explore and exploit these resources the land is abundant with for further value addition.
Let’s check out what apart from chemicals, engineering, industrial enterprises and educational institutes, makes Anand a proud and prosperous district.

Charotar region is very fertile. The place has abundance of different species of trees. Anand is full of lush greenery. Tobacco being the highest production of the district and the entire surrounding region makes the region also popularly known as “Golden Leaf”. In fact the entire region being so fertile is very well known as “Pot Full of Gold Coins”.

Apart from tobacco, wheat and potato, bananas, onion, gooseberry, papaya etc are the major crops of the Chartor region of which Anand District is a part. A significant production of pulses, cereals, and cotton is witnessed in the district and its adjoining areas. Other major food crops cultivated in this region are wheat, rice, jowar, bajra, maize, gram and tur. However, tobacco and Banana are the major crops grown in Anand.

Spices, fruits and vegetables are also produced a plenty in Anand. Major crops, besides staple, produced in the district are banana, papaya, mango, gooseberry, potato, brinjal (eggplant), cabbage and onion.

Animal husbandry and dairy industry have played a pivotal role in the rural economy of Anand. Livestock wealth raised in Anand are buffalo, cow, sheep, goats and other cattle. The livestock census of 1997 said that there were 209.70 lakh of cattle in Gujarat alone. 6.09 million tonnes of milk, 2.71 million kg wool and 85 million eggs were produced in Gujarat alone according to the survey of major livestock in year 2002–03.
With green foliage abundant, animal husbandry is an obvious occupation for the people of the region. This is very much the vital reason that the dairy industry of Anand is the highest grosser. NDDB and Amul cooperative is a logical outcome of proper channeling of natural resources in Anand.

Anand is the place from where the flood Revolution of India began. Dairy farming is the vital occupation in the rural sector of the district. Primarily related with milk production, dairy farming is active in Gujarat on a cooperative basis with more millions of members. AMUL dairy cooperative federation is a popular and loved food chain all over India and is the biggest dairy in Asia.

Other Natural Resources in Anand

Anand also has important contributions and inputs to various industries including textiles, oil and soap, apart from Jewelry. Jewel making is a primary occupation in various villages of Anand ‘taluka’ (Administrative Division) given the abundance of semi precious stones found in the Bay of Khambat or Cambay.

Explore more about About Anand